State law requires that ward boundaries be reviewed after each federal census. The law says that the governing body shall change the boundaries so that the wards are compact, contain contiguous territory and are substantially equal in population. It also directs that precincts established by the county election board should not be subdivided. Once the City of Edmond receives the annual census figures, the county election boards redraw the precincts (if necessary). Precincts may change based on State House and Senate redistricting changes. This did occur in the Edmond area.

Once the City of Edmond obtained the precinct information from the county election board, the information was entered into our GIS mapping software. Staff was able to manipulate the proposed ward boundaries to look at multiple options for redrawing the boundaries.

The official population of the City of Edmond from the census was 94,608. This resulted in a goal of redrawing the boundaries so that each ward would contain as close to 23,607 as possible. Another requirement was the need to make sure each current councilmember remained in the ward he/she represents. 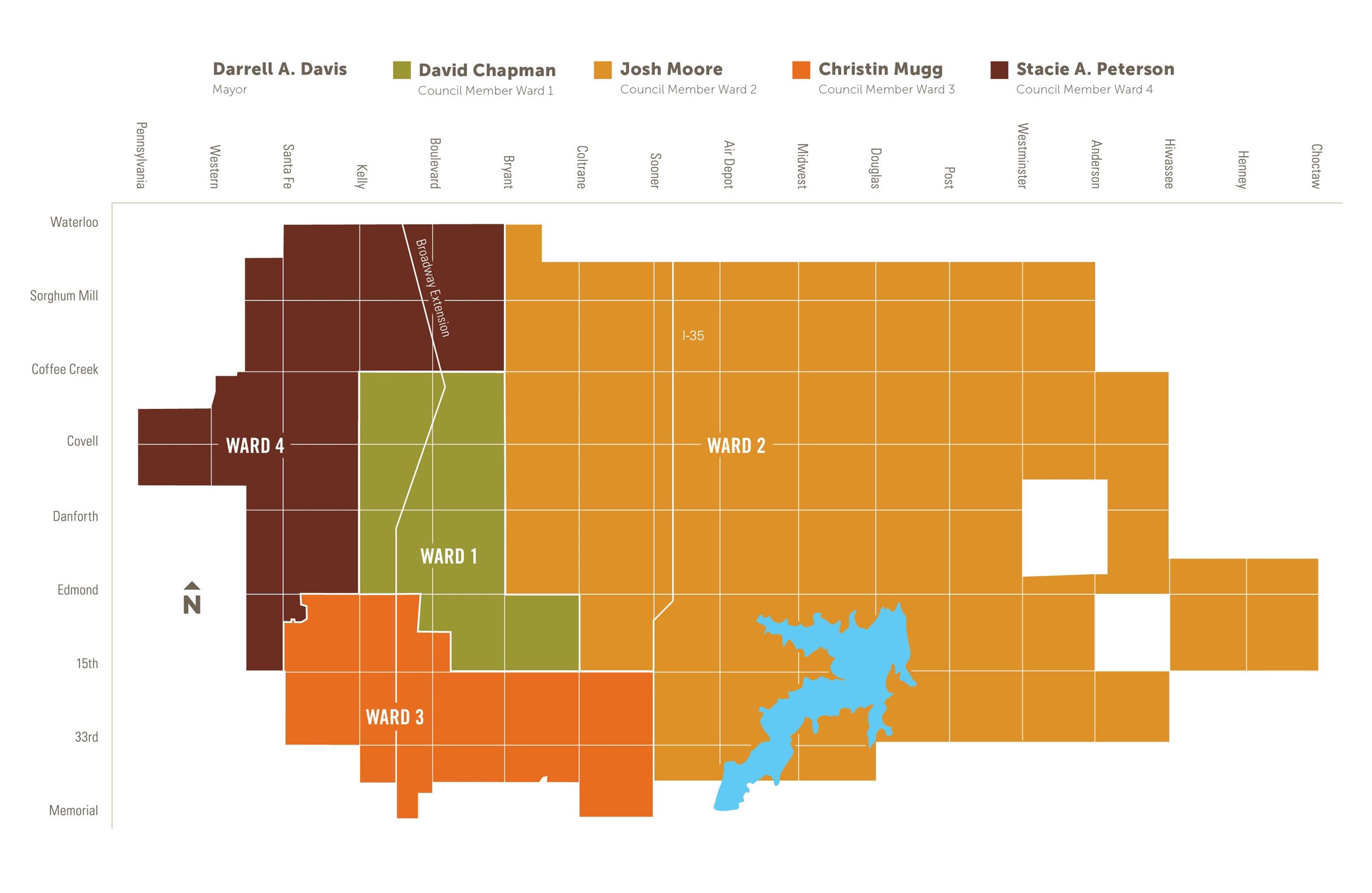 What Ward do I live in?

- Use our online address locator tool to see your ward information.