The major change requires that when a neighborhood is designed, at least 20% of the area will be set aside for tree preservation and open space. If there are no trees to be preserved, the planting of trees will be required. The area that is set aside will become a common area for all future property owners within the neighborhood.

A companion ordinance was developed to allow tree removals once a plan that complies with the design standards has been approved. Prior to that, the removal of trees from some undeveloped areas will be prohibited.

“I’m impressed with the big picture sense of community of the stakeholders,” said Director of Community Image Ryan Ochsner. “Throughout the three-plus year process there was respect, understanding, and sometimes compromise from all involved. The result is a set of standards that is right for Edmond and will touch the daily lives of many residents as they have the opportunity to live next to part of the historic Cross Timbers forest.”

This topic was identified several years ago by the City Council and their desire to support optimal amounts of tree canopy.  The Urban Forestry Commission and City of Edmond Community Image staff began working on the ordinances in 2017 with a multitude of community stakeholders that included residents, local developers, designers and elected officials.  Before the City Council vote, the fully vetted ordinances received a positive recommendation from the Parks & Recreation Advisory Board, Urban Forestry Commission, Development Impact Review Committee and the Edmond Planning Commission.

The City of Edmond 2018 Sustainability Reports won a Gold Addy Award at the 55th Annual American Advertising Awards of Oklahoma. The report was split into 3 parts. View each report below. 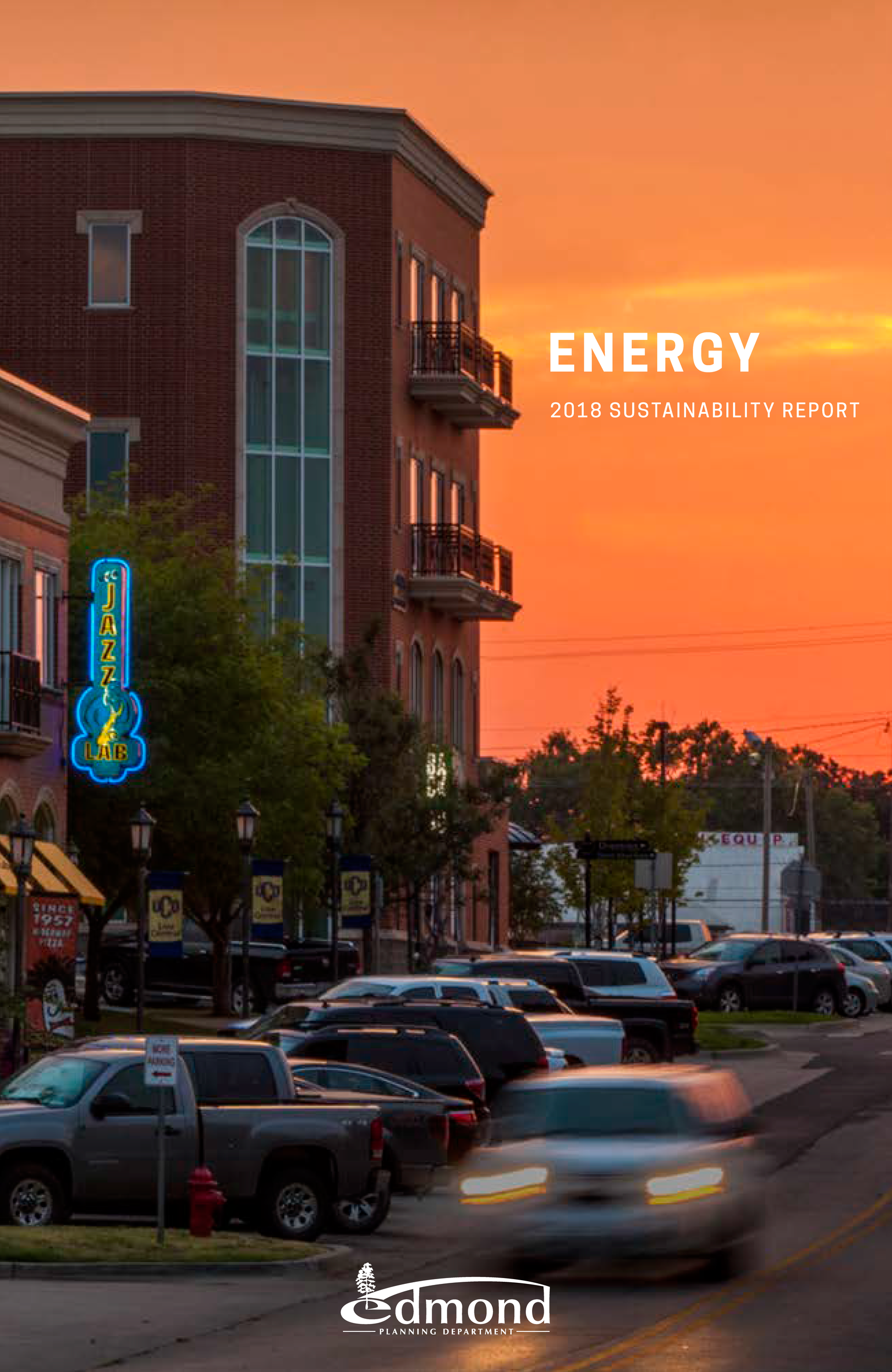 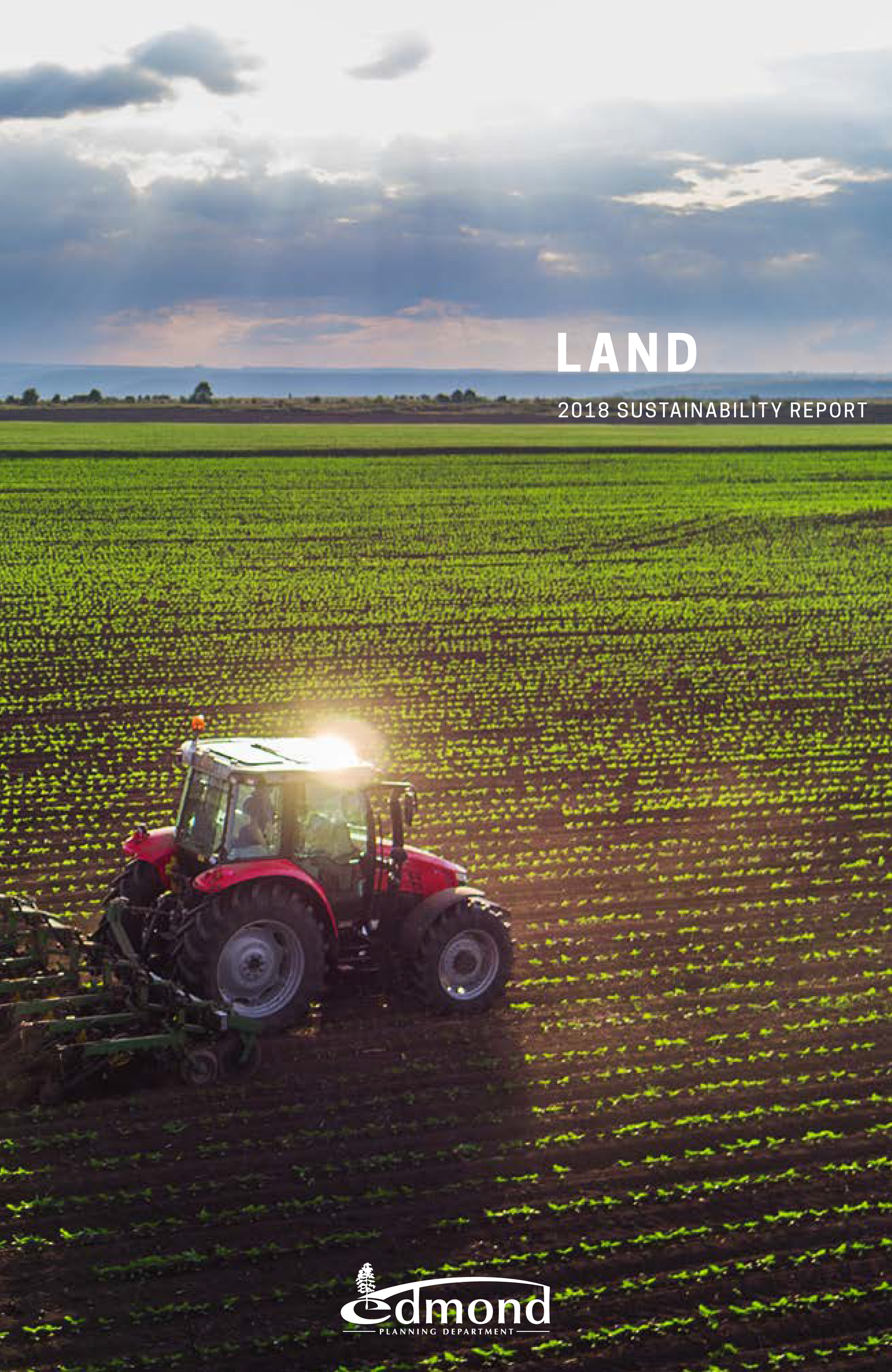 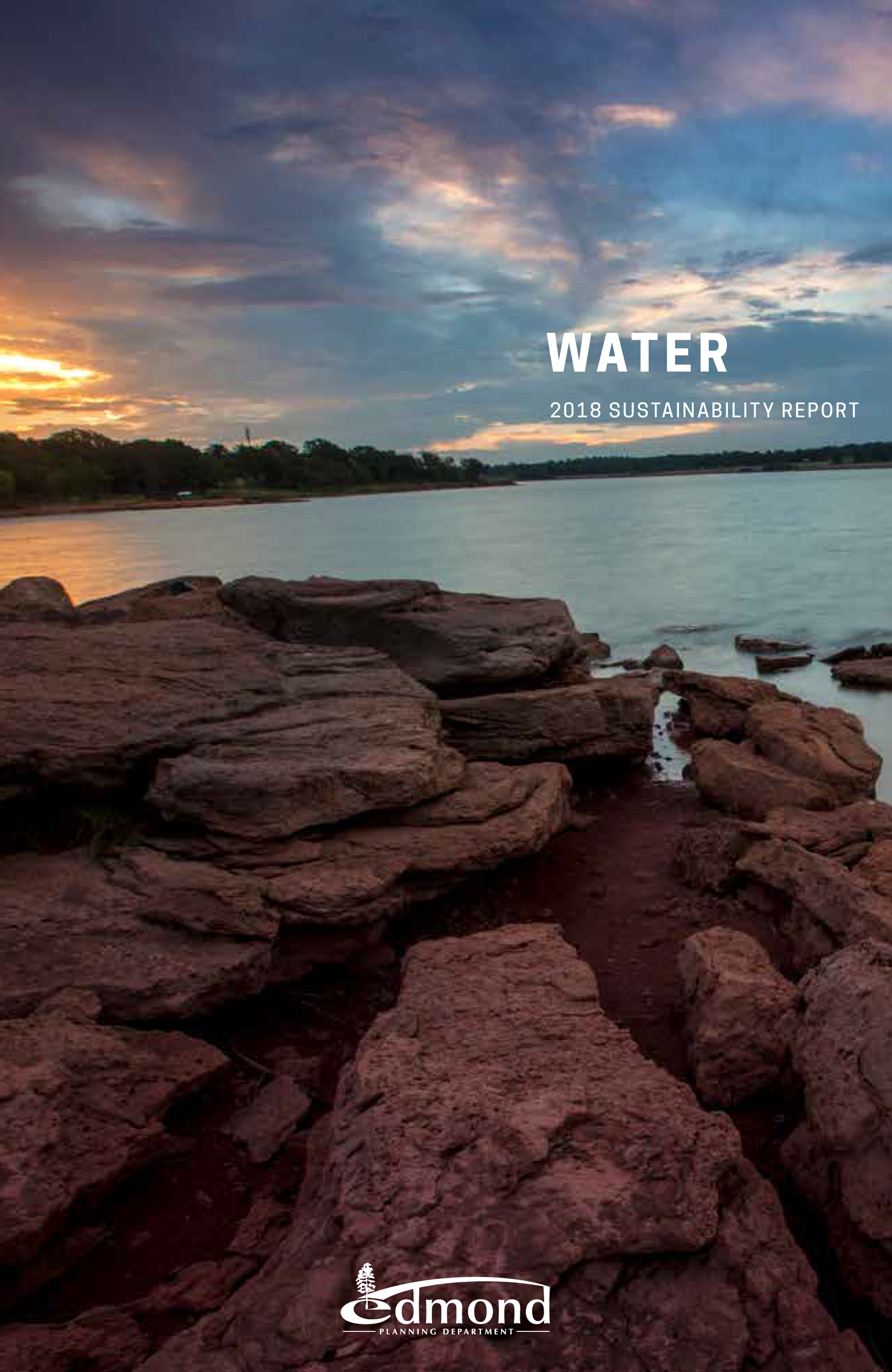 In order to ensure Edmond maintains a healthy supply of water for the future, the City of Edmond Water Resources Department has partnered with the Oklahoma State University (OSU) Cooperative Extension Service to develop educational outreach to our residents promoting outdoor water conservation. A series of FREE recorded classes on various outdoor water conservation topics is available online.

In November, 2019 The City of Edmond has once again been selected from a large pool of nominees to receive a Water for 2060 Excellence Award for the Coffee Creek Water Resource Recovery Facility Administration/Laboratory Building, which demonstrates innovative water savings and provides the community with a learning center for conservation education!

With passage of House Bill 3055 (the Water For 2060 Act) in 2012, Oklahoma became the first state in the nation to establish a bold, statewide goal of consuming no more fresh water in 2060 than was consumed in 2010. In support of the Oklahoma Water for 2060 Act and recommendations by a special advisory council to the Governor and Legislature, the Water for 2060 Excellence Award program was developed in 2017 to recognize individuals and entities that make exceptional contributions to the promotion and implementation of water use efficiency and conservation of Oklahoma’s fresh water resources.

This year’s Award winners will be acknowledged at the annual Oklahoma Governor’s Water Conference on December 5 at 8:30 at the Reed Conference Center in Midwest City. 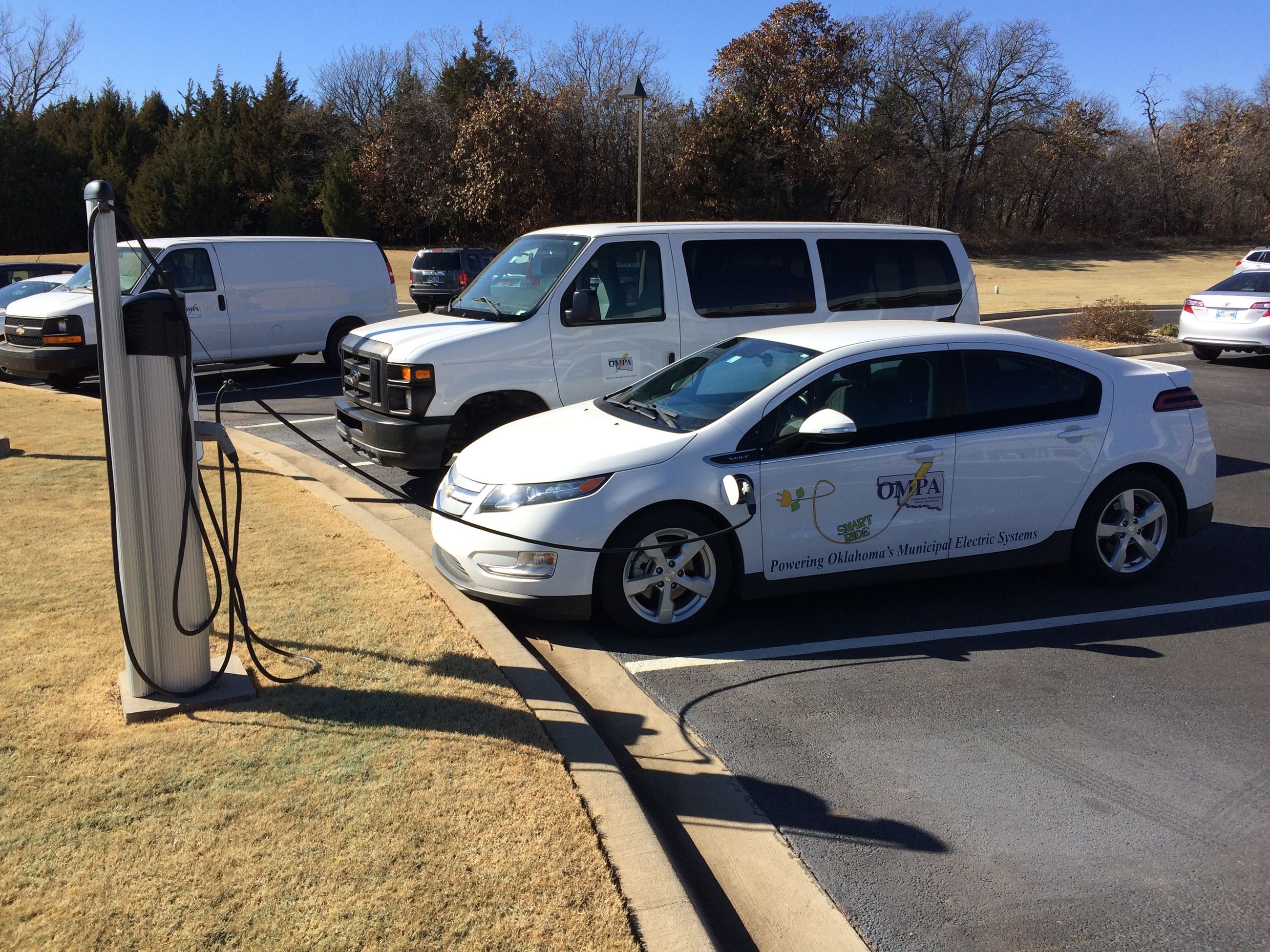 In April, 2019 the City of Edmond and the University of Central Oklahoma (UCO) were awarded two grants totaling $50,505.60 to install ten public and workplace Level 2, dual charging stations for electric vehicles.  These two grants were received in coordination with the Association of Central Oklahoma Governments (ACOG) Clean Air Public Fleet Grant ($25,138.60), and the Oklahoma Department of Environmental Quality 2019 Charge OK Grant Program ($25,367.00).

The four locations chosen in the grants are at Mitch Park near the Senior Center and trails, the Service-Blake Soccer Complex, the City First Administration Building in downtown, and the UCO Nigh Center Visitor Parking Lot.  Additional future public stations are being planned by Edmond Electric and currently include Show Biz Cinemas and the future Tennis Center on 15th Street.  Edmond Electric has also purchased a Level 3, fast charge station, though the location for that is still being determined.  Edmond locations will be registered with the Alternative Fuel Data Center station locator tool at www.afdc.energy.gov.

These sites will also be powered by 100% domestic wind energy through Edmond Electric and the OMPA.  The current plan is to have them installed in Fall 2019. 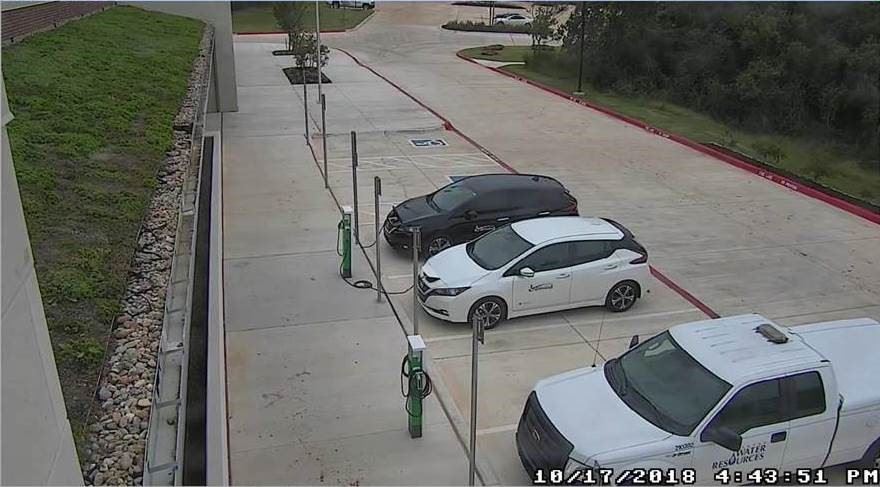 In October, 2018 the Water Resource Recovery Facility (WRRF) received two 2018 Nissan Leafs to use for water sampling. These vehicles are ideal for this function and have an all-electric range of 151 miles per charge. In addition, these vehicles are charged with 100% renewable wind energy through the Pure and Simple Wind Program.